Should “Implanter Pens” be used during your Hair Transplant?

There is a lot of “word salad” when it comes to hair transplant surgery. The acronyms are bad enough: “FUT,” “FUE,” “DHI,” “SMP,” “PRP;” but the “buzz words” can be just as bad. Examples of these include: “custom cut blades,” “trichophytic closure,” “manual” surgery,” “motorized devices,” and the list goes on and on. Some of these are very relevant and should be understood well; custom cut blades and “manual” tools/surgery are two good examples. Others are simply catchy words or phrases designed to draw attention or make some aspect of surgery seem more specialized or advanced. Today, we are here to talk about one of these very popular buzz words or buzz phrases: “implanter pens.” So, what are implanter pens? Are they important in surgery? And, most importantly, should they be used during YOUR hair transplant?

What are “Implanter Pens” 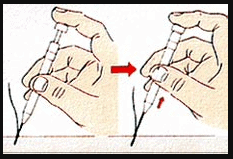 While implanter pens may seem like a new tool in hair transplant surgery, they are actually very old. An implanter pen is a device used to place a follicular unit graft. It is typically a hollow “pen”- like device featuring a needle and a spring-loaded plunger — very similar to a ball-point pen. The needle is hollow and wide enough to fit a follicular unit graft inside. A graft is carefully placed inside the needle, the needle is then used to pierce the skin and create a recipient site. The spring-loaded plunger is then engaged and pushes the graft through the end of the needle and into the recently made recipient site. The entire apparatus is then pulled out of the new recipient site and the properly placed graft is left behind. The pen was first invented in the late 1980’s in Japan. Initially they were used in FUT procedures to help cut down on the number of technicians needed to properly place grafts using needles and forceps — which is the “gold standard” method of graft placing most widely used today. The pens found some popularity in the early to mid-90’s, but were quickly forgotten as hair transplant doctors found massive success training large teams of super technicians to properly place grafts without the need for an assistance device.

In the mid-2000’s we began to see a resurgence of implanter pens in FUE procedures. Several doctors in Europe started experimenting with graft placing using implanter pens instead of technicians using forceps. FUE grafts contain less supportive tissue and are more fragile by nature. After seeing disappointing yields during FUE procedures, these doctors began to believe this was partially caused by extra handling of weak grafts during hand placement. They believed loading a graft into an implanter pen required less manipulation and also allowed the graft to be touched only by the top where there are no important structures. These doctors continued experimenting with the pens and even modified and designed their own versions. For a select few dedicated FUE doctors, the results did seem to improve. Whether this was due to the implanter pen itself or simply more experience with FUE as time went on, it is difficult to say. Word caught on, however, and other doctors who were struggling with FUE believed implanter pens may be the answer. While it may have been an improvement for some, the general consensus was that the pens were equivalent or maybe slightly better in certain scenarios; however, far from the panacea they hoped for. Qualified doctors who performed both FUT and FUE saw implanter pens as another “tool in the toolbox” which may come in handy in certain situations. A few other very dedicated FUE-only practitioners in Europe continued to push and improve with them as well. There was, however, an unexpected consequence from the resurgence of implanter pens: inexperienced “pop-up” FUE clinics using the pens to avoid a hiring, training, and maintaining a proper staff. 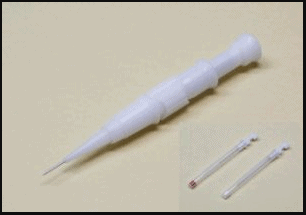 proper time and energy. “Turn key” motorized and robotic devices targeted at inexperienced doctors looking to “make a buck” created an easy scenario for clinics to quickly remove grafts via FUE, but still required these doctors to enlist at least a few technicians to place the grafts (these technicians should both microscopically inspect and place the grafts, but this rarely occurs at this type of clinic). With implanter pens, however, these doctors only needed to hire one individual to load the pens; the doctor — or person “assigned” to do the surgery — could then use the pens to make the recipient sites and place the grafts in one motion. The person loading the pens required no training in hair transplant surgery, and truly was the only extra individual needed to perform a surgery. Needless to say, this led to many new clinics adopting this model; and, unfortunately, to mostly disastrous results. To make matters worse, many of these clinics actually tried to claim they were providing a BETTER service because they used the “safer” pens to implant the grafts — a very disingenuous claim that hurt many patients.

Should Implanter Pens be used During your Surgery?

So, should implanter pens be used during your surgery? Well, it depends! For the most part, experienced hair transplant clinics with a large staff capable of performing both FUT and FUE (IE: the type of clinic you want to visit) do not use implanter pens. They are not superior to hand placement by a skilled technician. These individuals handle even the most fragile grafts with the utmost care, and no studies to date have found improved outcomes in a scenario where a skilled staff switches to implanter pens. If, however, a clinic with a long track record and the ability to perform FUT and FUE feels it would be better to use implanter pens for your specific case, then it’s likely a good idea to let them do the surgery in the best way possible. All patients are different, and good clinics are able to modify and adapt. If, however, you find yourself in a situation where the clinic seems new or just added hair transplant to a menu of services, only performs FUE, and does NOT have a large staff capable of placing the grafts by hand, you should likely think carefully about how implanter pens will be used in this scenario. It’s very likely that they will be used as a necessary corner-cut, and not as an improvement upon traditional hand placing. Remember, you only have one scalp … use it wisely!

Newer What is “Manual” FUE (Follicular Unit Excision)?
Back to list
Older What Should My New Transplanted Hairline Look Like?
close