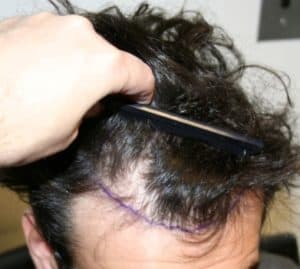 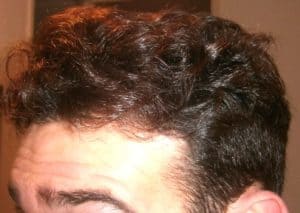 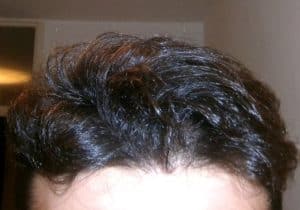 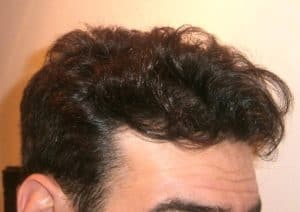 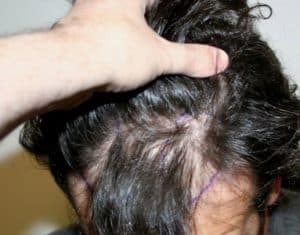 This patient is a male in his late 20’s who came to visit us from the UK. The patient suffered from classic thinning throughout the frontal band region, and a little bit of thinning behind his “forelock” in the center of the hairline. The patient had excellent hair characteristics – dark, wavy hair – and wanted to start smart and conservative with the hairline. We performed a 2,000 graft procedure via the FUT technique, aimed at: rebuilding the hairline, densely packing the frontal band – particularly in the corners of the hairline, and slightly filling a small area behind his central forelock. The patient sent us update pictures 12 months after surgery, and clearly the plan worked. He now has a very natural, uniform appearance in the front.