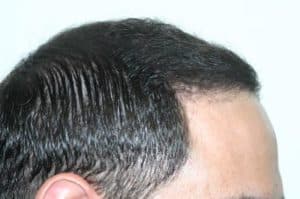 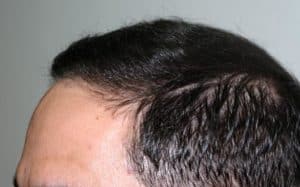 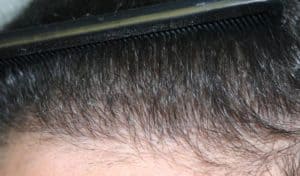 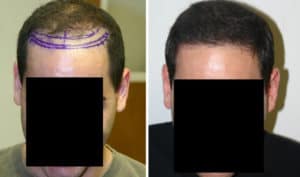 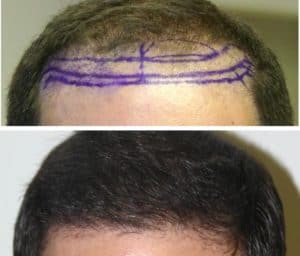 This patient is a male in his 40’s who presented with thinning throughout the entire frontal scalp. The goal was to completely rebuild the entire front half of the scalp, with a specific emphasis on density throughout the frontal band region. Using the FUT technique, we safely removed 2,400 grafts in one sitting. We used these grafts to: first rebuild a soft, natural hairline using only single hair grafts; next, densely pack the frontal band behind it; then, finally, strategically fill the rest of the frontal scalp behind the band. This plan aimed to create a full, thick appearance in the front and a seamless transition with his thicker native hair in the mid-scalp and crown (back). Surgery went well, and the patient returned 12 months later to update us with his excellent results.