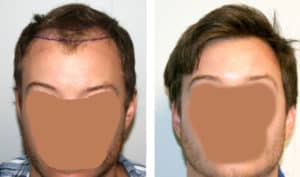 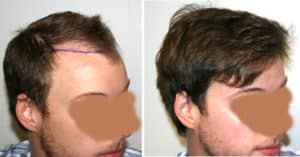 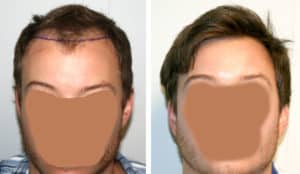 This patient is a male in his late 20’s from Europe who presented with classic frontal band thinning. The patient wanted to grow his hair longer, but his thinning prevented him from doing so and he was forced to wear it shorter. He came to us with the request to rebuild the entire frontal band region so he could grow his hair out longer and actually style it. Based on his age and potential for future hair loss, we decided on a smart, strategic starting point for the frontal hairline; one using his existing hairline as a guide, and one that we knew would continue to look natural as he aged. Using 1,800 grafts removed via the FUT technique, we densely packed the entire frontal band region. The patient returned 12 months after surgery and clearly achieved his goals.