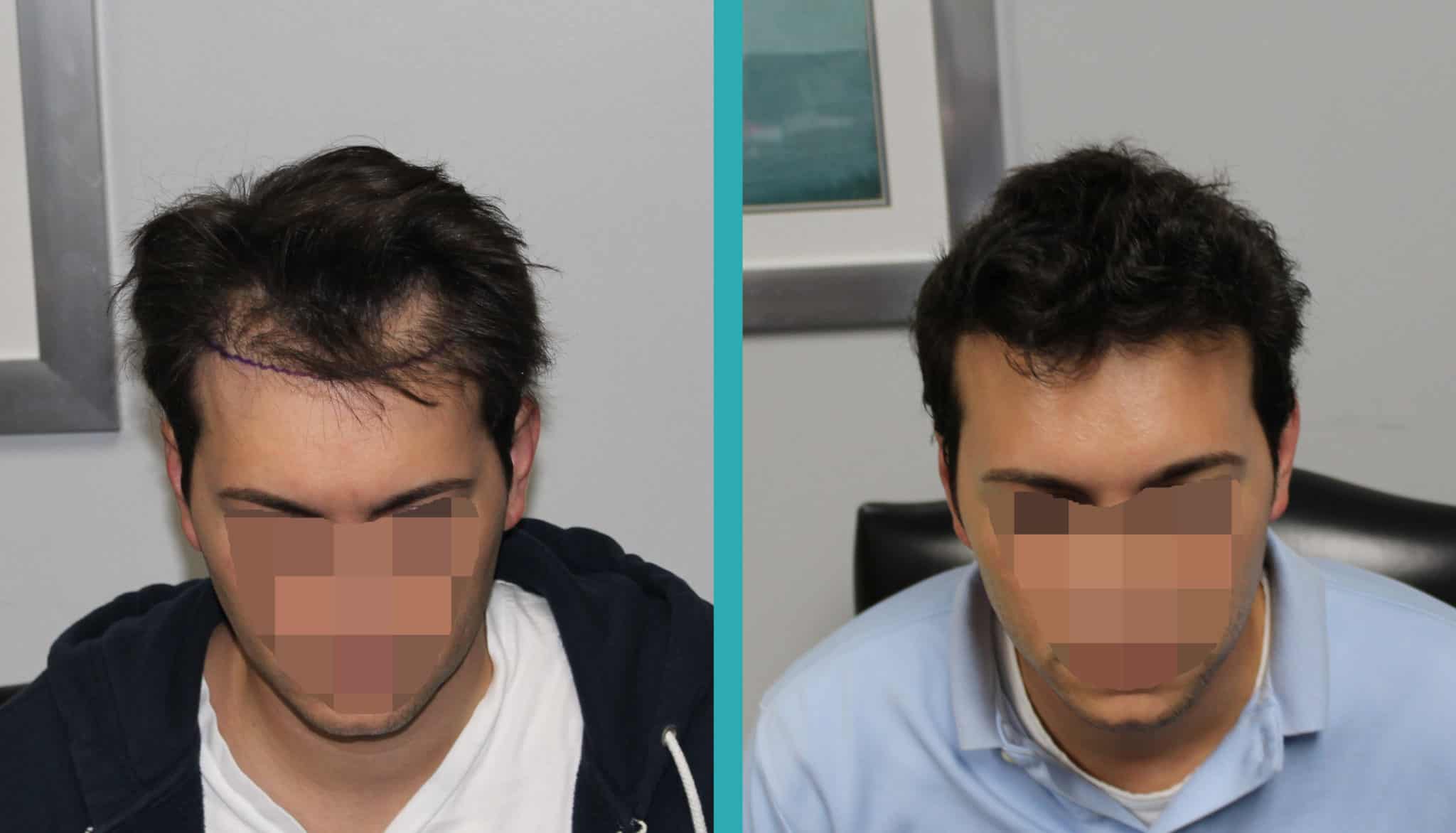 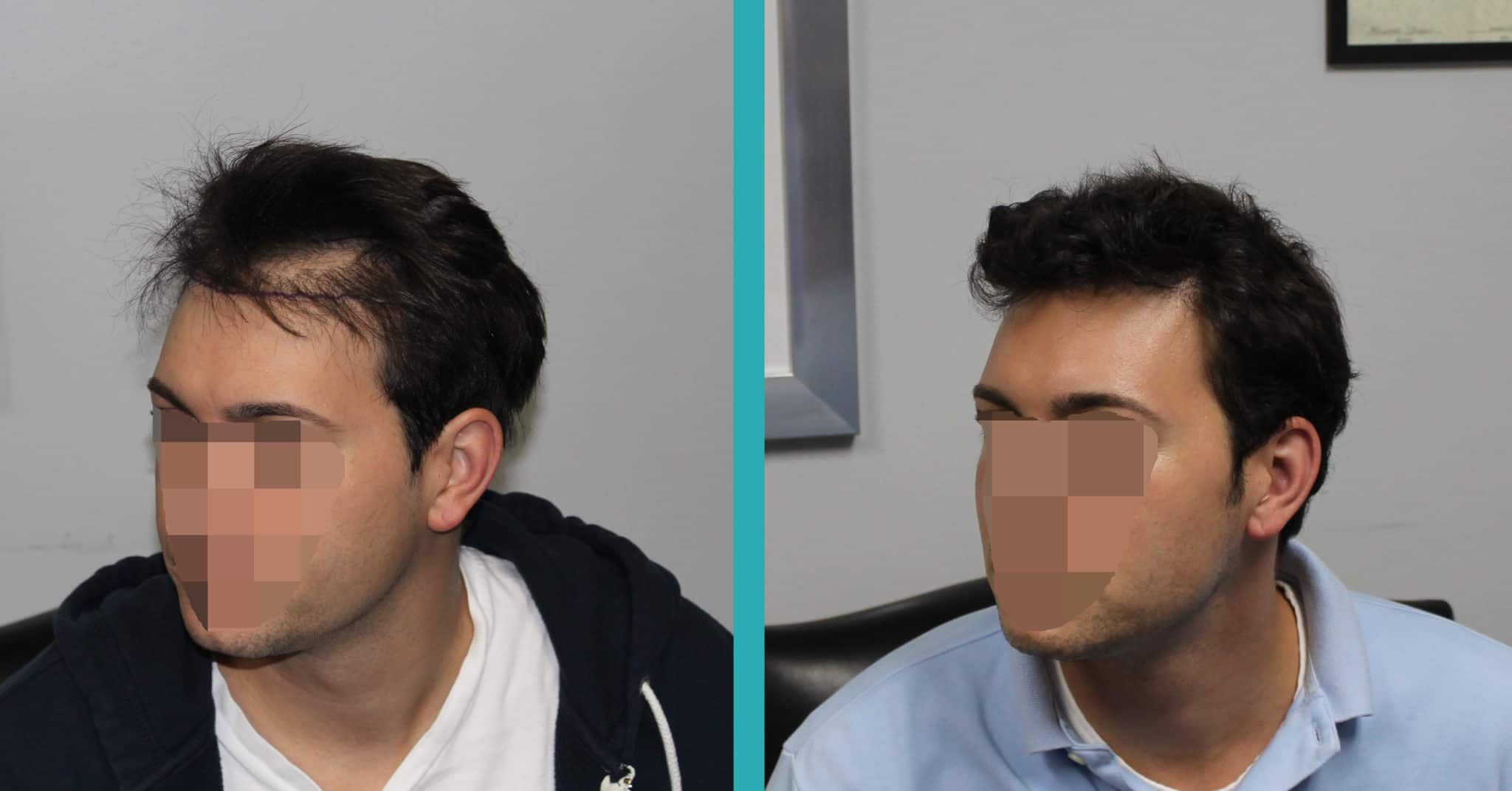 2,200 Graft Repair Case on Patient with Prior Bad Work

The patient is a male in his mid-30’s who came to us seeking repair work. He previously underwent two procedures at an outside clinic where outdated “mini-grafts” (small “hair plugs”) were placed in his receding frontal region. The bulky, unnatural grafts were placed low, far apart, and in too symmetrical of a pattern. To make matters worse, the patient continued thinning and the appearance of the unnatural grafts became even more apparent. Despite the damage in both the donor and recipient regions, we were able to remove 2,200 grafts via the FUT technique and densely pack the “frontal band” area with true, modern “follicular unit” grafts. The patient presented 10 months after his repair procedure, thrilled with the results. He now has a thick, natural appearance in the front which blends with the rest of his hair and appears undetectable in his daily life.