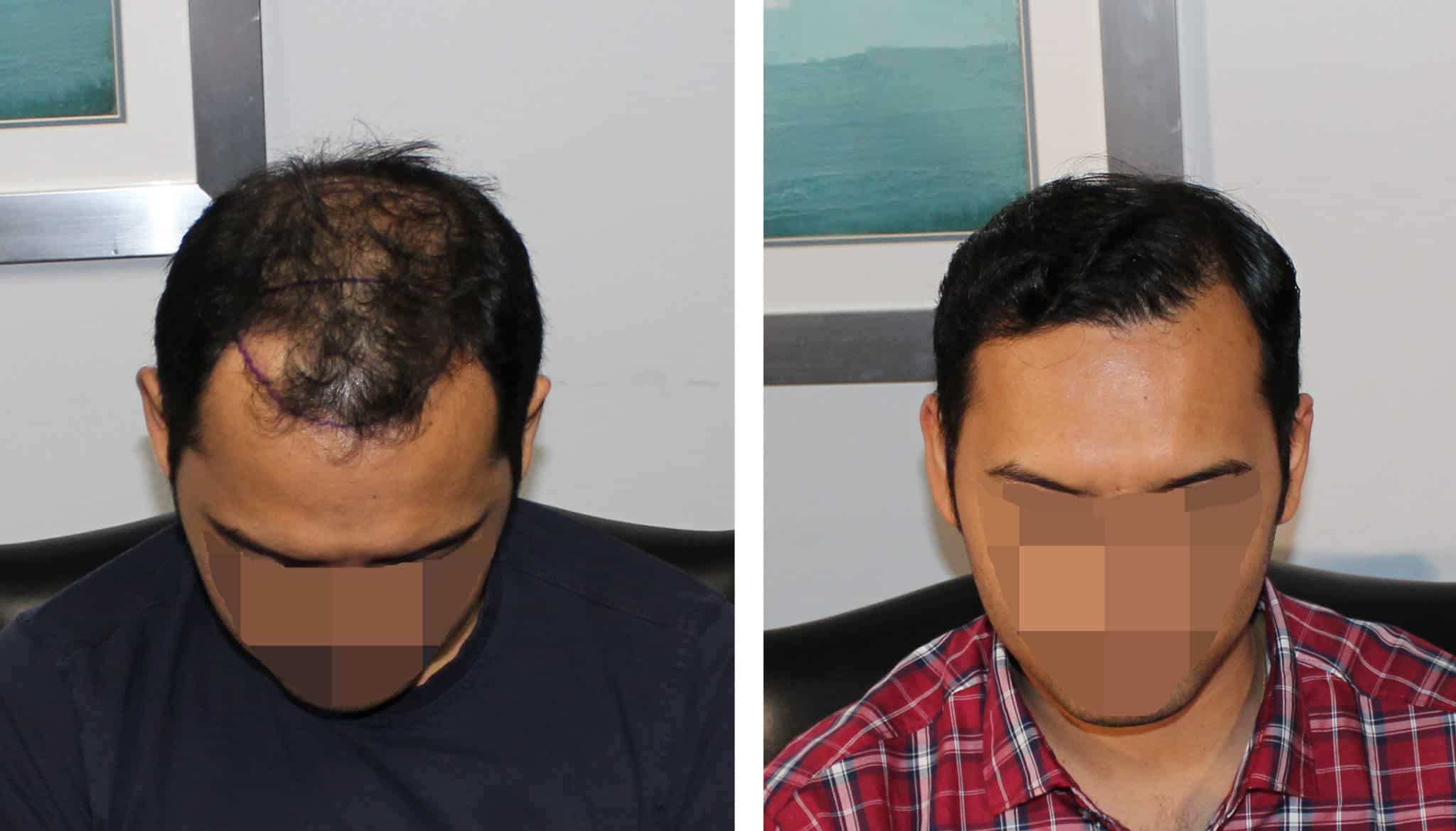 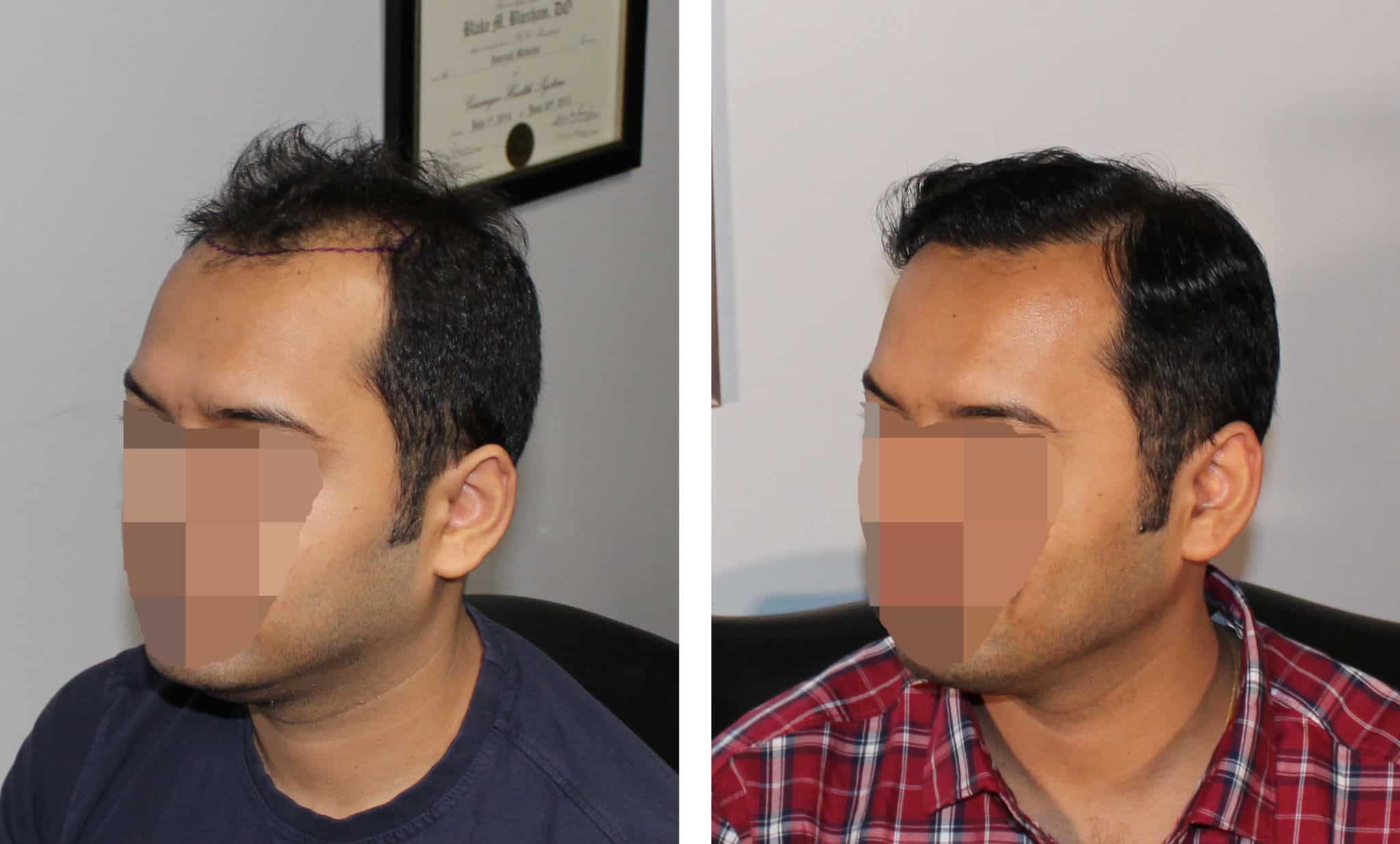 The patient is a medical doctor in his late 20’s who presented with advanced hair loss. The patient required restoration from “front to back” and asked how we could achieve this. We recommended breaking his restoration up into two procedures: a 2,500 graft FUT to rebuild the hairline, densely pack the frontal scalp behind it, and smoothly transition into the middle of the scalp now; then another 2,500 graft FUT 12 months later to finish filling the mid-scalp and the “crown” area in the very back. He agreed with the plan and we performed his initial procedure. We ended up using 2,600 grafts, removed via the FUT technique, to build a new hairline, densely fill the frontal scalp, and transition into the middle exactly as planned. The patient returned 12 months later very pleased with the results and scheduled his second surgery. These images were taken the day of the second procedure. The second procedure went just as smoothly as the first, and the patient is now restored “front to back” and focusing on his own patients.