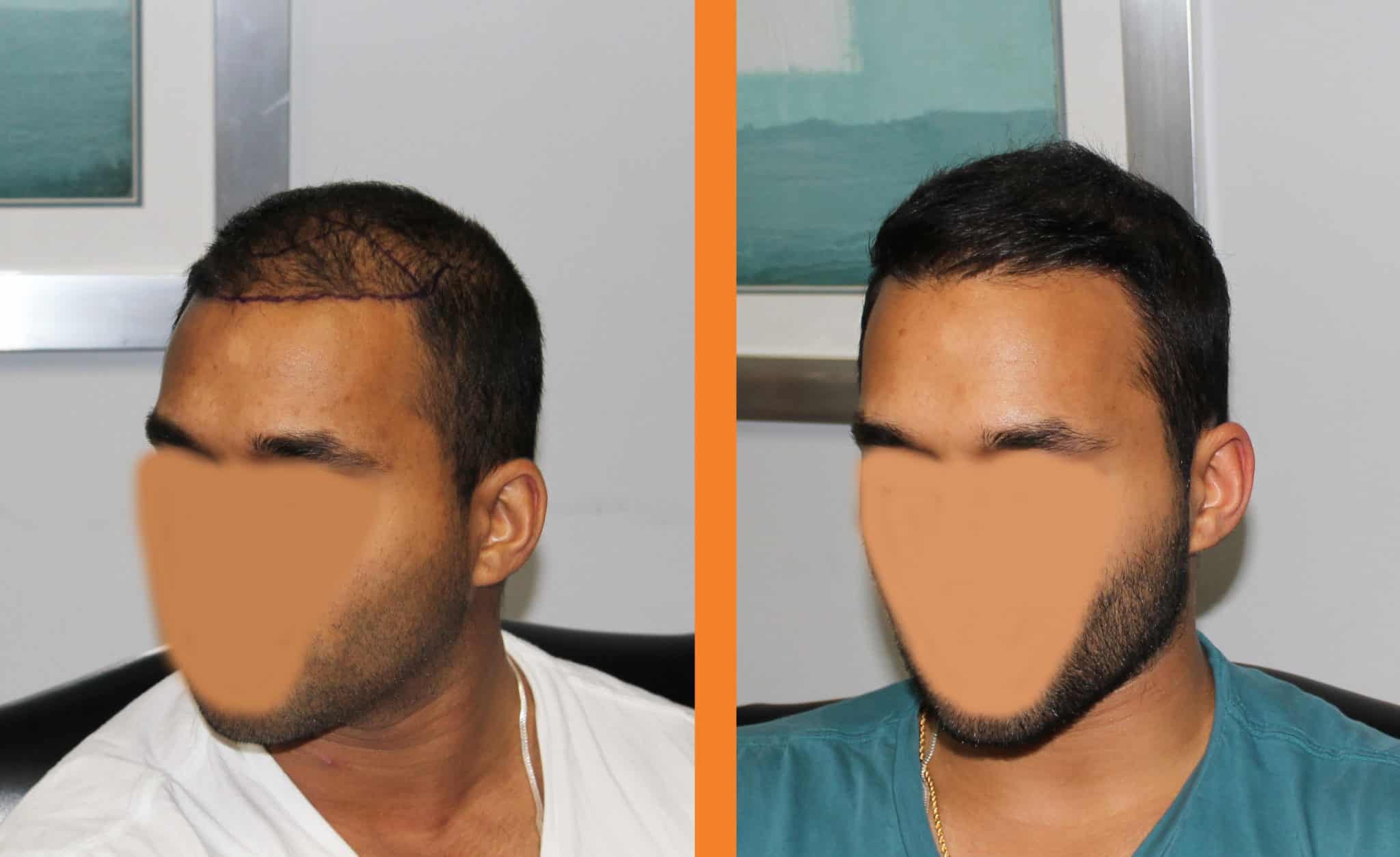 The patient is a male in his mid-20’s with advanced, diffuse hair loss. While he still had hair spread thinly throughout most of the top of his scalp, it was weak, unhealthy and would not grow long. He wanted to wear his hair longer and styled, so he sought hair transplant surgery. Using the FUT technique, we removed 3,000 grafts and used these to rebuild the entire frontal half of his scalp. After the procedure, the patient was able to grow and style his hair, and he was very pleased with the thick, natural transformation. Because he was young and his hair loss continued, he returned several years after these pictures were taken and underwent another FUT procedure of similar size to restore the back half of his scalp.